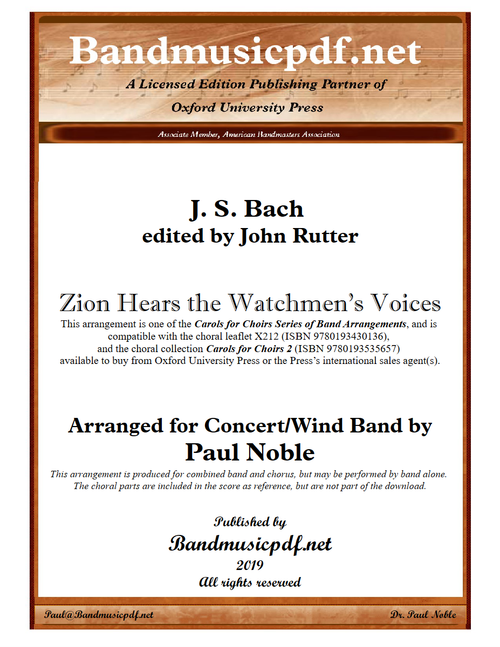 Zion hears the watchmen singing (Zion hört die Wächter singen) is the fourth of seven movements of Bach's cantata Wachet auf, ruft uns die Stimme ('Awake, calls the voice to us'), BWV 140, also known as Sleepers Wake. It is regarded as one of his most mature and popular sacred cantatas. It is written in the style of a chorale prelude, with the phrases of the chorale, sung as a cantus firmus by the tenors (or by the tenor soloist), entering intermittently against a famously lyrical melody played in this arrangement in unison principally by the woodwinds. Bach composed the chorale cantata in Leipzig for the 27th Sunday after Trinity and first performed it on 25 November 1731.

This is the Day