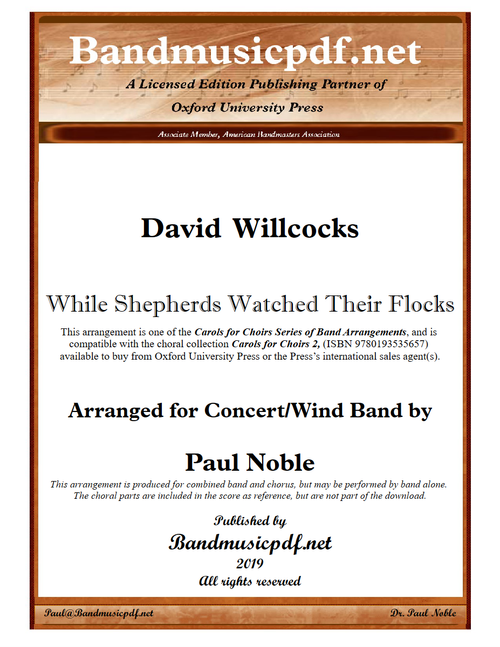 While shepherds watched their flocks is a Christmas carol describing the Annunciation to the Shepherds, with words attributed to Irish hymnist, lyricist and England's Poet Laureate Nahum Tate. The exact date of Tate's composition is not known, but the words appeared in Tate and Nicholas Brady's 1700 supplement to their New Version of the Psalms of David of 1696. It was the only Christmas hymn authorised to be sung by the Anglican Church; before 1700 only the Psalms of David were permitted to be sung. In the United Kingdom and Commonwealth countries, the standard hymn tune of "While shepherds watched" is "Winchester Old" (initially simply "Winchester"), originally published in Este's psalter The Whole Book of Psalmes from 1592.

Requiem 6. The Lord is my shepherd