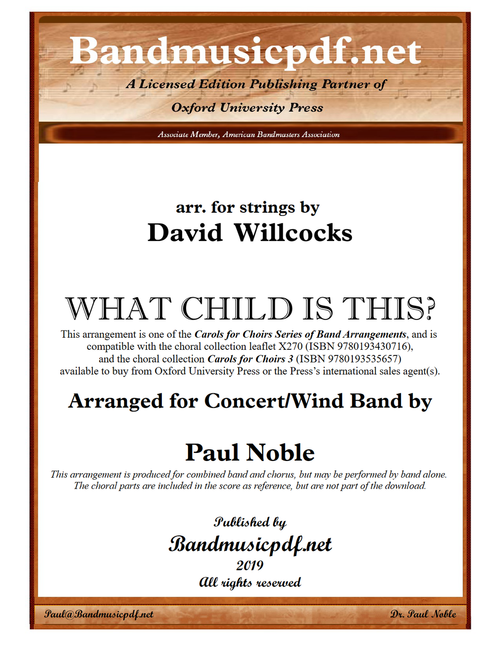 What Child Is This? is a Christmas carol whose lyrics were written by William Chatterton Dix, in 1865. At the time of composing the carol, Dix worked as an insurance company manager and had been struck by a severe illness. While recovering, he underwent a spiritual renewal that led him to write several hymns, including lyrics to this carol that was subsequently set to the tune of "Greensleeves", a traditional English folk song. Although it was written in Great Britain, the carol is more popular in the United States than in its country of origin today. The context of the carol centres around the Adoration of the Shepherds, who visited Jesus during his Nativity. The questions posed in the lyrics reflect what the shepherds were possibly pondering to themselves when they encountered him, with the rest of the carol providing a response to their questions. This arrangement represents one in the Series of Band Arrangements compatible with David Willcocks' Carols for Choirs.

Feel the Spirit - Sometimes I feel like a motherless child

Finale, from Mass of the Children