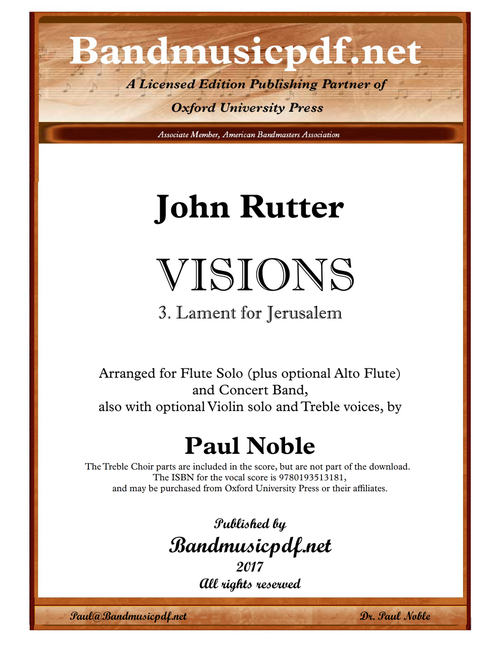 Visions is one of John Rutter's most recent compositions (2016). It was written for violin solo, treble voice choir, strings and harp. This arrangement maintains the violin solo as an option, but it is presented as a flute (and optionally with a movement for alto flute) solo with band. The vocal parts are included as an option, but the arrangement is also scored so that it may be performed without the treble choir. "Visions" is a tribute to Jerusalem, with the four movements titled: 1. Jerusalem the blessed; 2. Arise, shine; 3. Lament for Jerusalem; 4. Finale: The holy city. A showcase for the soloist, the depth of meaning and feeling in this music will make it an important addition to the repertoire of the Concert/Wind Band.