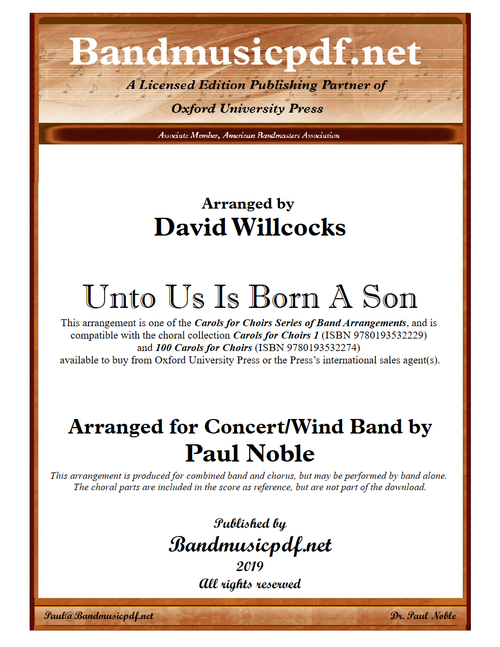 Unto Us is Born a Son is a medieval Christmas carol found in a number of manuscript sources - the 14th-century German Moosburg Gradual and a 15th-century Trier manuscript. The Moosburg Gradual itself contained a number of melodies derived from the 12 and 13th century organum repertories of Notre Dame de Paris and the Abbey of Saint Martial, Limoges, suggesting that its antiquity may be much greater. The carol became popular as a processional hymn following a translation by George Ratcliffe Woodward (1859-1934) first published in 1902.