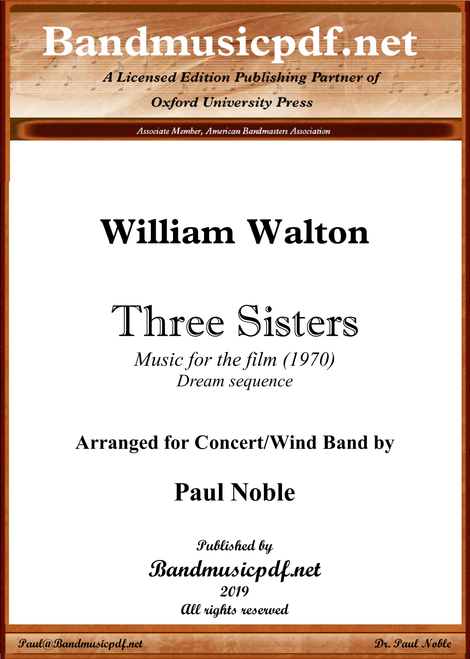 Three Sisters is a 1970 British drama film starring Alan Bates, Laurence Olivier and Joan Plowright, based on the 1900 play by Anton Chekhov. Olivier also directed, with co-director John Sichel; it was the final feature film directed by Olivier. The film was based on a 1967 theatre production that Olivier had directed at the Royal National Theatre. William Walton produced the film music using themes by Tchaikovsky, from the official national anthem of the Russian Empire in 1833 - 1917, God save the Tsar!, (the music of which is also included in several hymnals as 'God, the Omnipotent'), and which he featured in his 1812 Overture, to a charming imitation Swan Lake waltz. The original theme for Three Sisters has reappeared as contemporary stage plays and musicals, which are still active today. This short, descriptive arrangement offers an accessible opportunity for bands to experience tuneful music of the period.