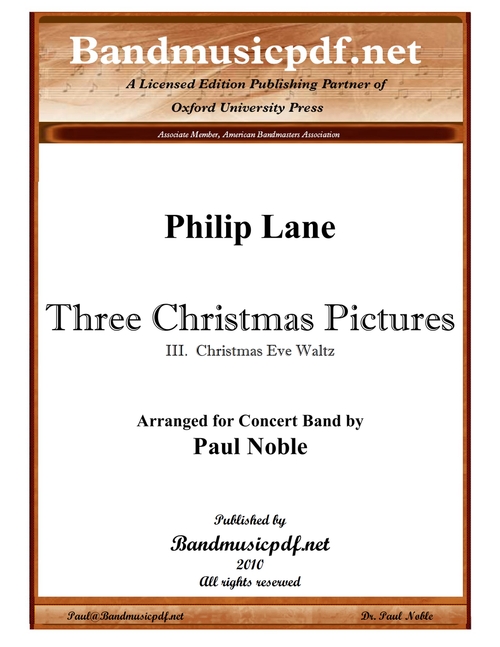 The Three Christmas Pictures were written at various times in the 1980s. The first, Sleighbell Serenade, has been the composer’s most widely performed work, having been played on every inhabited continent, and was first commercially recorded in Australia in 1986. Words have been added for a choral version. Starlight Lullaby was first performed in 1990, while Christmas Eve Waltz dates from 1989. Three Christmas Pictures may be performed as a suite, in any order, or as individual pieces.

To every thing there is a season, Brass Band