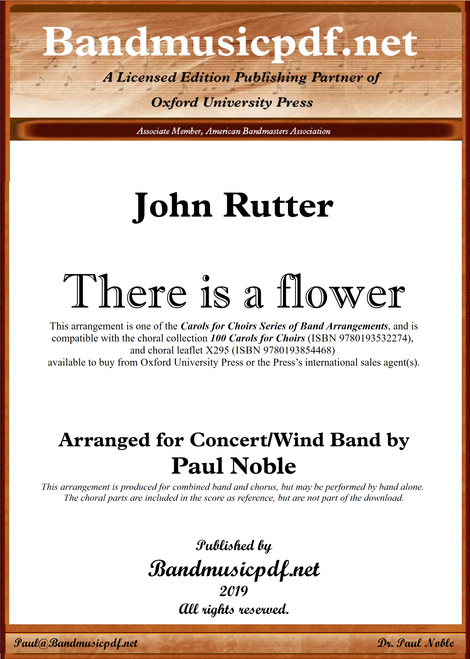 Named ‘the world’s greatest living composer and conductor of choral music’ by US television station NBC, there’s no denying Rutter’s skill at seducing both choirs and audiences alike with his rich harmonies and folk-like melodies that often have the air of being written centuries ago. There is a Flower is one such piece – a simple, spare treble melody starts the work and is gradually enriched with delicious choral textures. This arrangement represents one in the Series of Band Arrangements compatible with David Willcocks' Carols for Choirs.