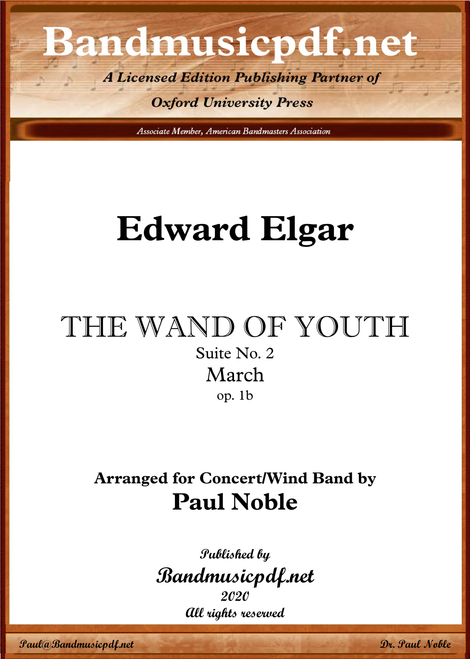 The Wand of Youth suites were written in 1869 when Elgar was only twelve years old, music written for a play and acted by the Elgar children for a private family theatrical production. He noted the tunes down in a sketchbook and in 1907, forty years later, he rearranged with only minor changes and orchestrated them as the two suites titled The Wand of Youth, Suite Nos. 1 and 2. Although the Wand of Youth Suites date from Elgar's mature years, he insisted on calling it Opus 1, because he wrote these pieces originally for piano many years earlier. The March is the first movement of The Wand of Youth, Suite No. 2. The arranger has presented this movement as an example of an excellent concert opener or warm-up march for a festival or contest performance because of its delicacy, yet determination.