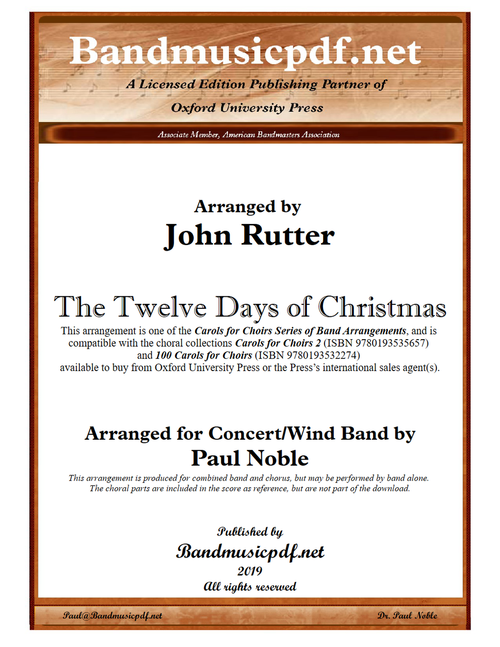 The Twelve Days of Christmas is an English Christmas carol that enumerates in the manner of a cumulative song a series of increasingly grand gifts given on each of the twelve days of Christmas (the twelve days that make up the Christmas season, starting with Christmas Day). The song, published in England in 1780 without music as a chant or rhyme, is thought to be French in origin. The standard tune now associated with it is derived from a 1909 arrangement of a traditional folk melody by English composer Frederic Austin, who introduced the familiar prolongation of the verse "five gold rings." This arrangement represents one in the Series of Band Arrangements compatible with David Willcocks' Carols for Choirs.

This is the Day