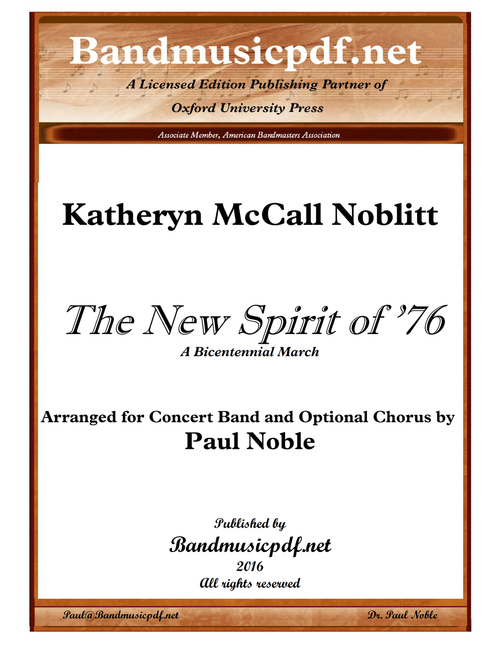 Though never before published, The New Spirit of '76 march is perhaps Katheryn McCall Noblitt’s best known piece, and was among her favorites. Originally composed in 1947 as a piano solo, in 1975, in anticipation of our nation’s Bicentennial celebration, she composed a second-piano part for two additional players, wrote patriotic words in both two-part and four-part harmony. The melodies are so well-crafted that they seem very familiar. This arrangement includes short quotations from other Bicentennial favorites - The Star-Spangled Banner, Battle Hymn of the Republic, Dixie, and Yankee Doodle. Dr. Noble directed its premiere performance in 1976 during a music festival, followed by performances with the 500-member Virginia Bicentennial Band and Marching Chorus in Philadelphia, Washington, Alexandria and other cities.

Remembrance, from Legend of the Lake