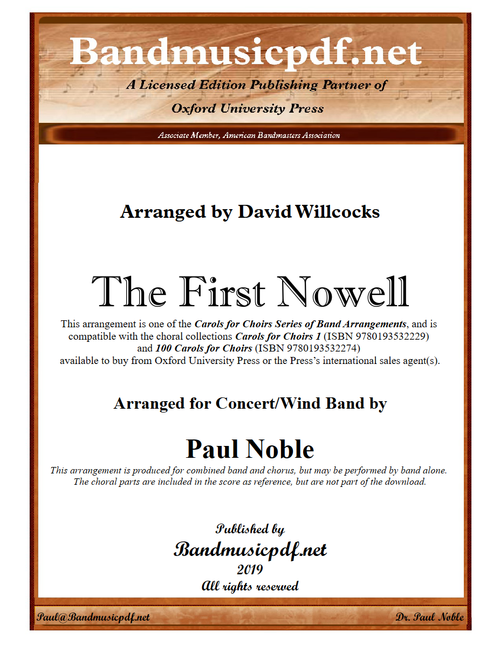 The First Nowell is one of the oldest Christmas folk songs going back to at least the 1600's. We cannot be sure who wrote it, but both France and England claim it as part of their heritage. The spelling of the word "Noel" would indicate it to be French, however, England claims the original spelling was the English version "Nowell". The singing of "The First Nowell" and the lighting of the yule log became tradition among the peasants in England and was passed down from generation to generation. It was not until 1833 that it was published and soon after was sung in Church services. This arrangement is one of the Series of Band Arrangements compatible with David Willcocks Carols for Choirs Book 1 (#38).