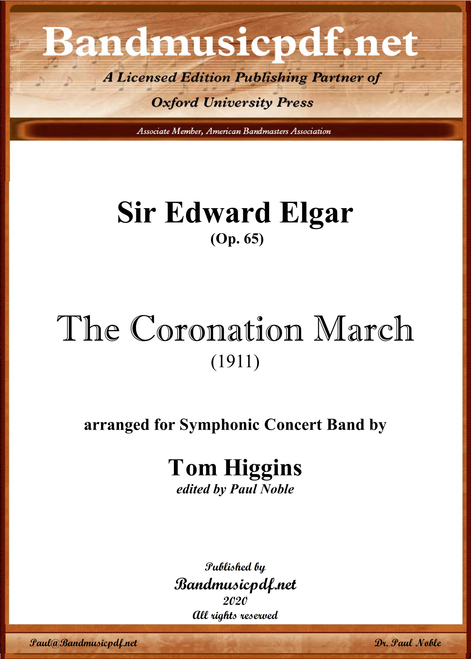 At the end of Britain’s Edwardian era (1901-1910), Elgar reached the zenith of his fame and popularity. Much of the music for which he would be best remembered was already behind him, with many successful premieres. A special mark of esteem came his way in early 1911 with an invitation from the London Symphony Orchestra to become its Principal Conductor. The nation was now preparing for the Coronation of King George V and Queen Mary later that year, on 22 June. Elgar received a request from Sir Frederick Bridge, the presiding organist at Westminster Abbey, to compose a recessional march for the end of the ceremony. Scored for full orchestra, Elgar’s response was a work of almost symphonic proportions. It was probably one of the longest of all his many pieces in this genre. But then he had to reckon with a large royal entourage, recessing very slowly after a long Coronation service.

In the end, the length of the work did not become its main talking point. Elgar was a composer of distinction and never balked at a surprise. His decision to commence the march with a section in three-four time is what continues to draw attention. In addition the opening is somber, giving no indication of the brilliance to come. As the march progresses, the three-four section is abandoned (it returns briefly later) and jubilant fanfares in regular common time take its place. Overarching all this is a sweeping nobilmente theme, leaving no doubt that Elgar once again has set his seal on a great state occasion.

Arranged by Tom Higgins, and edited by Paul Noble.

Pomp and Circumstance, March No. 4

A CHILD'S GARDEN OF VERSES