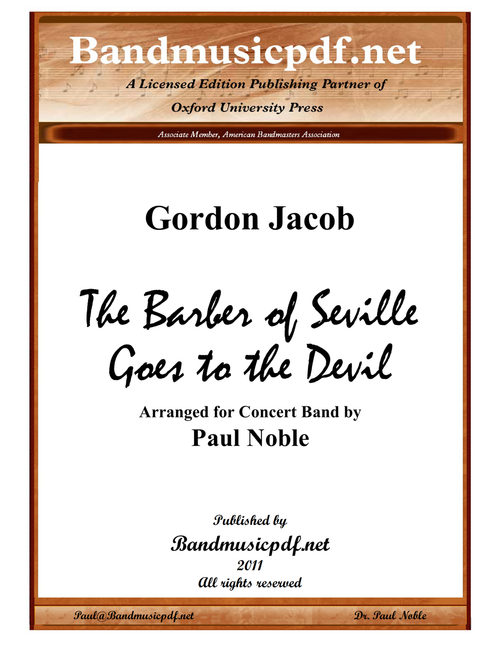 This rumbustious parody of Rossini's style was composed in 1960 for the BBC Concert Orchestra, which introduced it under Vilém Tausky in a broadcast concert that year. (Tausky added the opening bars, in fact, with the composer's approval, which are included in this arrangement.) The piece is a no-holds-barred workout on familiar material such as could be brought off only by a certified master of the modern orchestra with a free-wheeling imaginativeness to match his technical skill. Concert Bands and their audiences will get in on the fun of this rousing parody, exploring everything from a Spanish dance to a Street parade.

The Gift of Life 5. The gift of each day