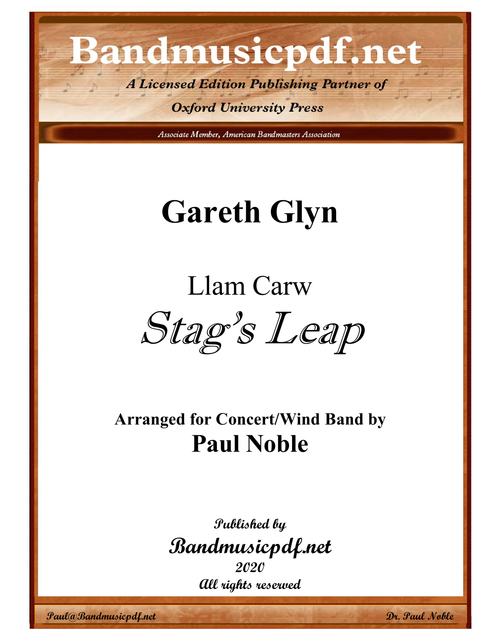 The story portrayed in Stag's Leap is one of the legends of St. Eilian, who came to Anglesey as a Papal emissary in the 5th century.  He blinded the island's ruler, Cadwallon (or Caswallon) Lawhir, as punishment for stealing his cattle, but promised to restore his sight if he were granted all the land his stag could cover before being caught by Cadwallon's hounds.  However, the animal cleared a wide gorge, escaping the dogs, and so Eilian was allotted far more land than the king had intended.  The supposed location of the jump is called Llam Carw (Stag's Leap), near the town of Amlwch on the north coast of Anglesey.

The piece itself is in two clearly defined sections, divided by the 'leap', and both in a quick tempo.  The second section (where the stag is free) is based almost entirely on simple major triads, whereas the first section (the chase) is built on less settled harmonies.

Pomp and Circumstance, March No. 5