Sine Nomine - For all the saints 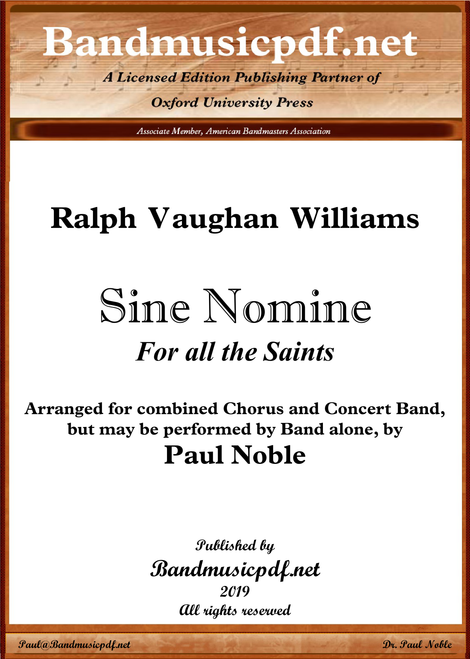 Sine Nomine - For all the saints

For All the Saints was written as a processional hymn by the Anglican Bishop of Wakefield, William Walsham How. The setting by Vaughan Williams was included in The English Hymnal which was published in 1906 for the Church of England by Oxford University Press. The music editor was composer and music historian Ralph Vaughan Williams. This hymnal used his new setting which he called Sine Nomine (literally, "without name") in reference to its use on the Feast of All Saints, 1 November (or the first Sunday in November, All Saints Sunday). It has been described as "one of the finest hymn tunes of the 20th century." This arrangement adheres in form to the original RVW orchestration, including all eight verses and an optional organ part, which is the standard format in many hymnals. It may be performed as accompaniment to a congregational hymn, with choir, or as a band piece alone.

Requiem 6. The Lord is my shepherd