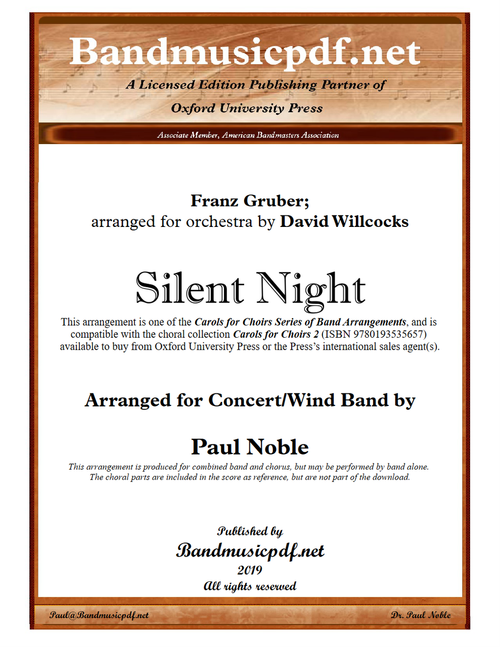 Silent Night (German: "Stille Nacht, heilige Nacht") is a popular Christmas carol, composed in 1818 by Franz Xaver Gruber to lyrics by Joseph Mohr in the small town of Oberndorf bei Salzburg, Austria. It was declared an intangible cultural heritage by UNESCO in 2011. Over the years, because the original manuscript had been lost, Mohr's name was forgotten and although Gruber was known to be the composer, many people assumed the melody was composed by a famous composer, and it was variously attributed to Haydn, Mozart, or Beethoven. However, a manuscript was discovered in 1995 in Mohr's handwriting and dated by researchers as c. 1820. It states that Mohr wrote the words in 1816 when he was assigned to a pilgrim church in Mariapfarr, Austria, and shows that the music was composed by Gruber in 1818. This is the earliest manuscript that exists and the only one in Mohr's handwriting. The song has been recorded by a large number of singers across many music genres. This haunting setting by David Willcocks also includes slight textual alterations to the piece that has been translated into about 140 languages. This arrangement represents one in the Series of Band Arrangements compatible with David Willcocks' Carols for Choirs.

Night Flight, from Legend of the Lake