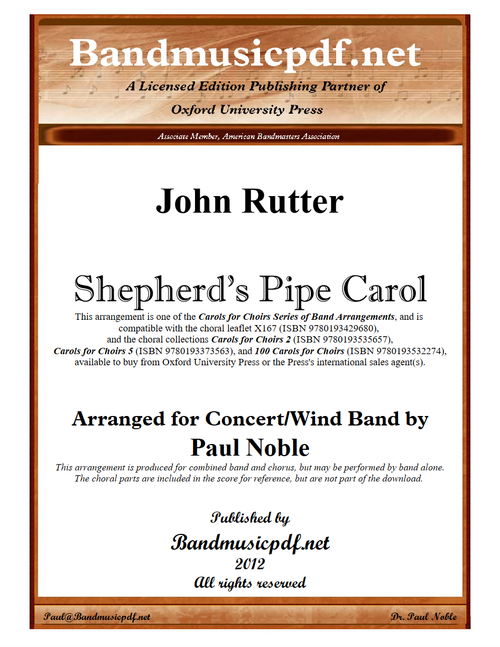 Anyone who listens to the radio or attends a concert during the holiday season will certainly hear the "Shepherd's Pipe Carol". It has become one of John Rutter's most popular carols. This arrangement is written and intended for combined Wind Band and Chorus. However, it is also arranged so that it is complete with Wind Band alone. The choral part is shown in the conductor's score, but is not a part of the instrumental packet. The arrangement is compatible with the published vocal score X167, ISBN 9780193429680, available to buy from Oxford University Press or the Press’s international sales agent(s). The scoring is done with some cue size notations that should be played if performing without the chorus. This will make a delightful addition to any Christmas or seasonal concert.