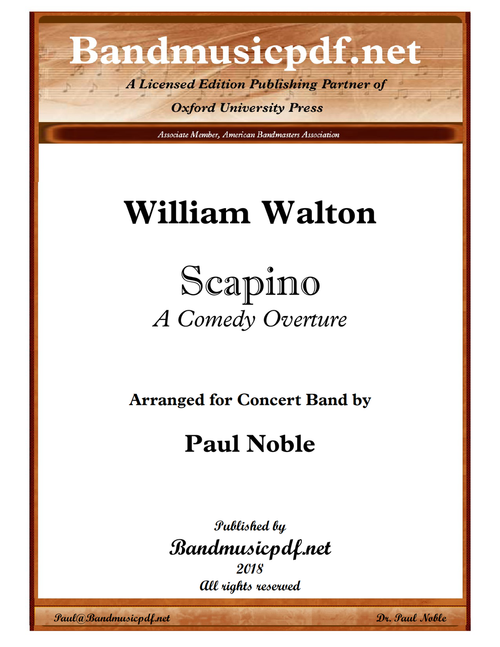 William Walton's Scapino: A Comedy Overture took as its inspiration the three-act comedy of intrigue Scapin the Schemer (French: Les Fourberies de Scapin) by the French playwright Molière. The title character Scapin is similar to the archetypical Scapino character. His name is related to the Italian word "scappare" (to escape) and his name translates to “little escape artist” in reference to his tendency to flee from fights, even those he himself begins. The play was first staged on 24 May 1671 in the theatre of the Palais-Royal in Paris. Scapino tends to make a confusion of anything he undertakes and metaphorically "flees" from one thought, activity or love interest to another, as his name implies, although he usually will return to it – eventually. Self-preservation and self-interest are his main concerns. This is not to say his wits are without merit. He is a schemer and scoundrel, and takes a certain pride in these facts. He was originally a masked character, although later versions usually have the actor simply powder his face. He is traditionally shown with a hooked nose and a pointed beard. Scapino was composed on commission from Frederick Stock and the Chicago Symphony on the occasion of the group's 50th anniversary, and received its world premiere by that ensemble, conducted by Stock, in 1941. This faithful arrangement is sure to find its way into the serious repertoire of outstanding Concert/Wind Bands worldwide.