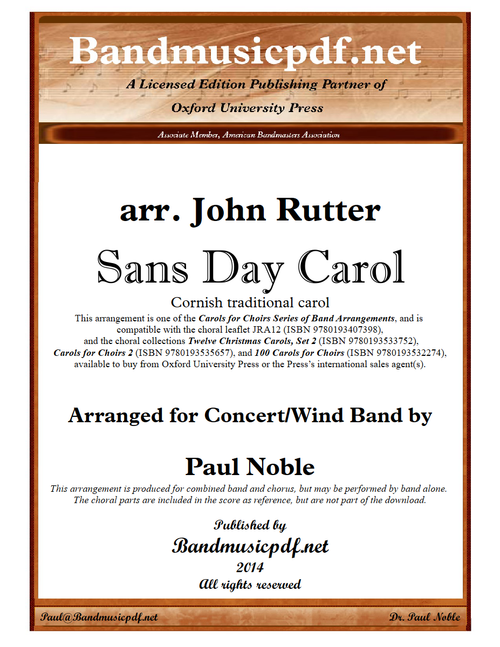 The title of this folk carol is a corruption of St Day, the Cornish village (named after a Breton saint) where it was heard and written down in the early twentieth century. The choral part is shown in the score, but is not included as a part of the downloadable music. This arrangement is compatible with the choral work which appears in the collections ‘Twelve Christmas Carols, Set 2’, ‘Carols for Choirs 2’ and ‘100 Carols for Choirs,’ available to buy from Oxford University Press or the Press’s international sales agent(s).

Remembrance, from Legend of the Lake