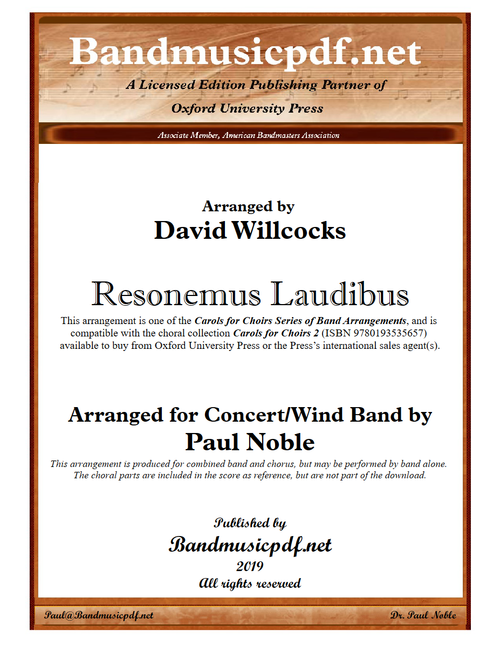 Resonemus Laudibus is a 14th-century carol which was widely known in medieval Europe, and is still performed today.

David Willcocks’ arrangement brings a modern excitement to the piece, which would not have been out of place all those centuries ago.

The Latin text is translated:

Apparuit quem genuit Maria He whom Mary bore has appeared.

5. Et Deo qui venias donat et laetitias nos eidem gratias. And to God, who gives favours and happiness, we give thanks.

The Gift of Life 4. O Lord, how manifold are thy works