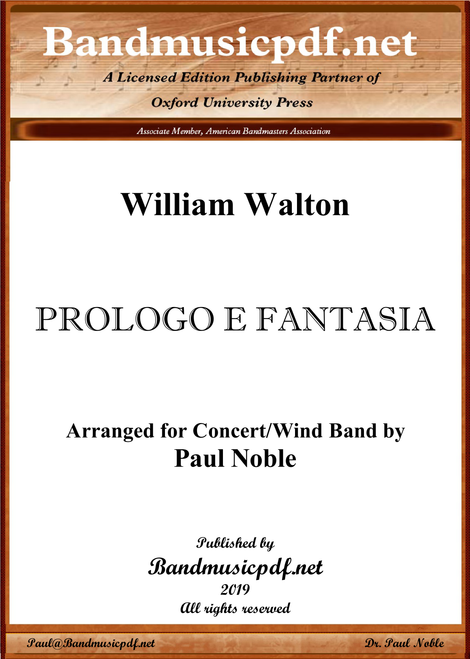 William Walton’s last ‘original’ work of note was the Prologo e Fantasia in 1981-2, commissioned by Mstislav Rostropovitch and the National Symphony Orchestra in Washington D.C. It was first performed in London by Rostropovitch and the National Symphony Orchestra. The work consists of three sections. The first movement forms the Prologo, which is slightly reminiscent of the French Overture. The Fantasia opens briskly with characteristic Waltonian energy, and leads, after a climax, into the thematically connected final section Fuga finta (or 'make-believe fugue').

Note to conductors: orchestra performances of this work vary significantly, from a total length of just under five minutes in one performance to over six minutes and forty seconds in another. The audio presented with this arrangement is somewhat in the middle of the timings. So the metronomic markings may not necessarily be taken literally.