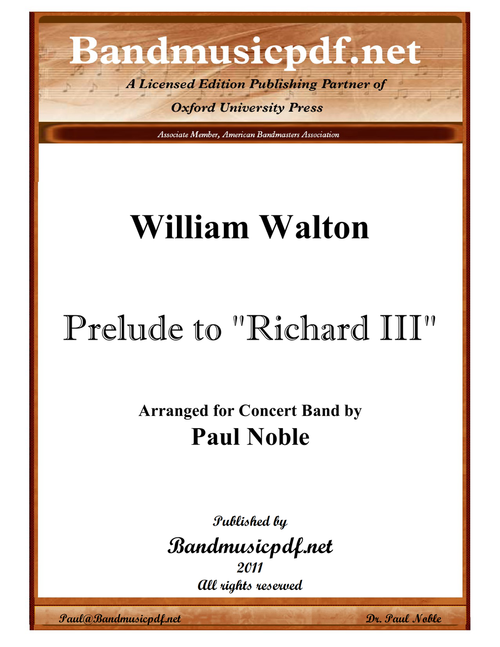 In 1955, Walton received two honorary doctorates: from the Universities of Cambridge and London. He also composed this Shakespeare film music for Laurence Olivier, "Richard III", one of three Shakespearean film scores by Walton. The music in "Prelude to Richard III" is not duplicated in "A Shakespeare Suite" from Richard III which follows next in sequence. Each piece is a complement to the other, and would be a perfect pair on a concert program.