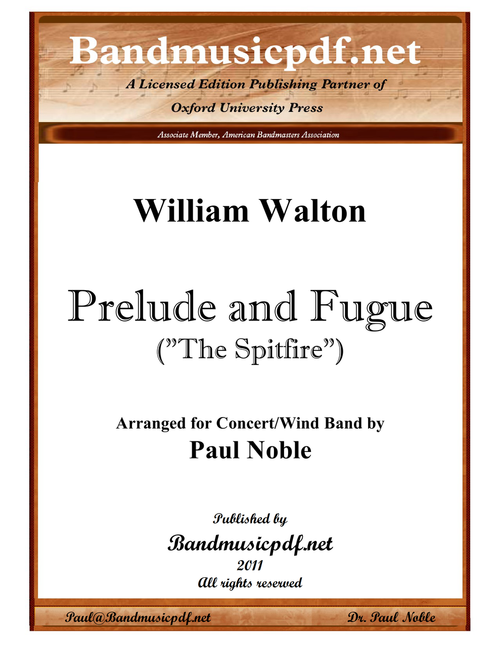 The “Prelude and Fugue” (The Spitfire) by William Walton, written to accompany the film, “The First of the Few”, was the film story of the designer of the ‘Spitfire’ fighter aircraft, R. J. Mitchell. This work was lifted, almost bodily out of the film score: exceptionally (for film music) it needed hardly any modification to turn it into a first-rate concert piece. The prelude, called by Stephen Lloyd "one of Walton’s finest marches", is the music heard over the opening credit titles in the movie. A central lyrical solo depicts the exhaustion and dying by illness of the aircraft’s designer R. J. Mitchell. The fugue is used to describe the making of the Spitfire, and then the patriotic march returns joined with the fugue to mark the completion of the fighter aircraft. The majestic march-like drama of the Prelude is well-suited for graduation and other ceremonial events, and the total piece is a tour de force for contest performance.