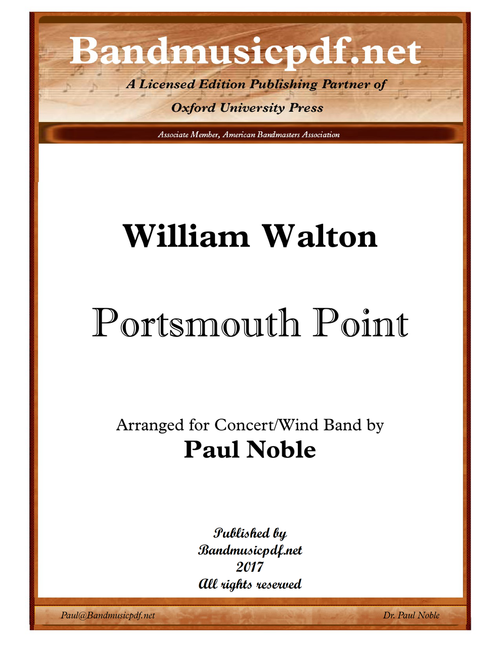 Portsmouth Point is an overture originally composed in 1925 for orchestra by the English composer William Walton. The work was inspired by the well-known painting depicting Portsmouth Point by Thomas Rowlandson. Portsmouth Point depicts in musical form the rumbustious life of British 18th century sailors. Commentators have noted the influence of Igor Stravinsky's music and of jazz in the rhythms of the score, as well as the rhythm of the Catalan sardana dance. This arrangement brings a challenging addition to the repertoire of the Concert/Wind Band, with its pointillistic rhythm and dissonances, somewhat typical of Walton in this period of his life.