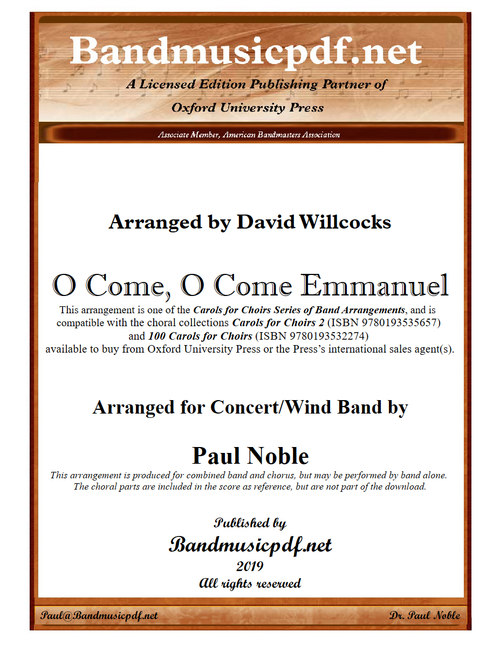 O come, O come Emmanuel is a Christian hymn for Advent and Christmas. It is a translation of a Latin hymn, "Veni, veni, Emmanuel", itself a metrical paraphrase of the O Antiphons, a series of plainchant antiphons attached to the Magnificat at Vespers over the final days before Christmas. The 1861 translation from Hymns Ancient and Modern is the most prominent by far in the English-speaking world, but other English translations also exist., Translations into other modern languages (particularly German) are also in widespread use. This arrangement for Concert/Wind Band represents one in the Series of Band Arrangements compatible with David Willcocks Carols for Choirs, Book 2 (#27).