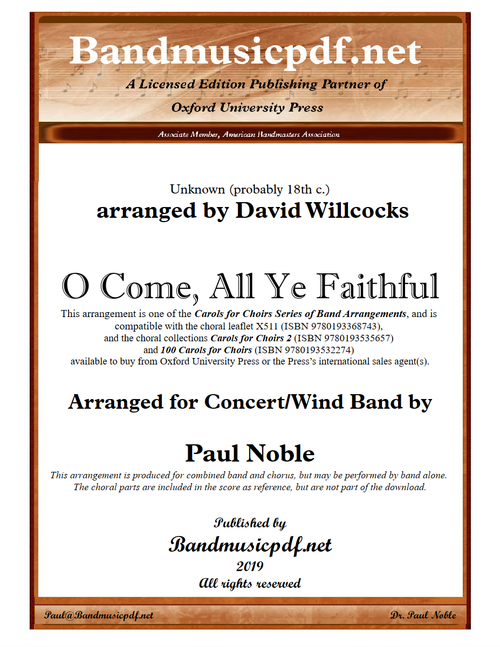 O Come, All Ye Faithful (originally written in Latin as Adeste Fideles) is a Christmas carol that has been attributed to various authors, including St. Bonaventure in the 13th century or King John IV of Portugal in the 17th, though it was more commonly believed that the text was written by Cistercian monks - the German, Portuguese or Spanish provinces of that order having at various times been credited. In modern English hymnals the text is usually credited to John Francis Wade, whose name appears on the earliest printed versions. A manuscript by Wade, dating to 1751, is held by Stonyhurst College in Lancashire. The version published by Wade consisted of four Latin verses. But later in the 18th century, the French Catholic priest Jean-François-Étienne Borderies wrote an additional three verses in Latin; these are normally printed as the third to fifth of seven verses. O come, all ye faithful ranks as one of the most popular Christmas carols ever written, and the descant by David Willcocks has become famous the world over. This arrangement represents one in the Series of Band Arrangements compatible with David Willcocks' Carols for Choirs.