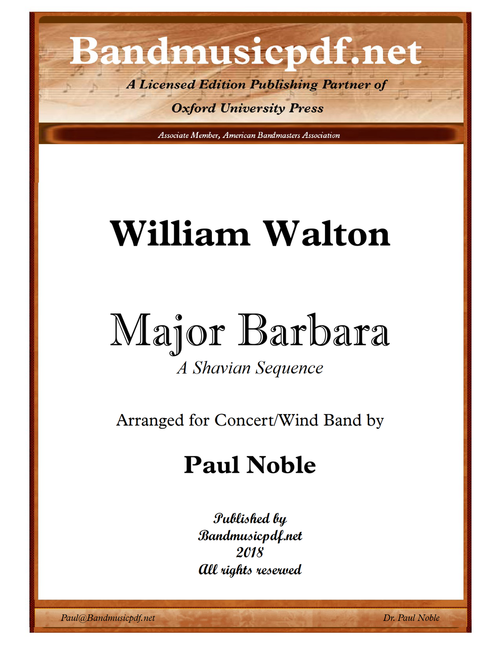 Major Barbara is social satire in three acts by George Bernard Shaw, performed in 1905 and published in 1907, in which Shaw mocked religious hypocrisy and the complicity of society in its own ills. Barbara Undershaft, a major in the Salvation Army, is estranged from her wealthy father, Andrew Undershaft, a munitions manufacturer. Although the Salvation Army condemns war, it gladly accepts a large donation from her warmonger father, and she resigns in protest. The Army offers the poor only salvation, while Undershaft takes steps toward eradicating poverty. Barbara later comes to accept her father’s views on capitalism and to believe that the greatest evil is the degradation caused by grinding poverty. Major Barbara was filmed in London during The Blitz bombing of 1940. During air raids, the crew and cast repeatedly had to dodge into bomb shelters. The film's producer-director, Pascal, never stopped the production and the film was completed on schedule. William Walton composed the film score, which was later arranged as a concert piece for orchestra by Christopher Palmer, from which this arrangement for Concert/Wind Band has been made.

Love came down at Christmas

The Gift of Life (Complete)