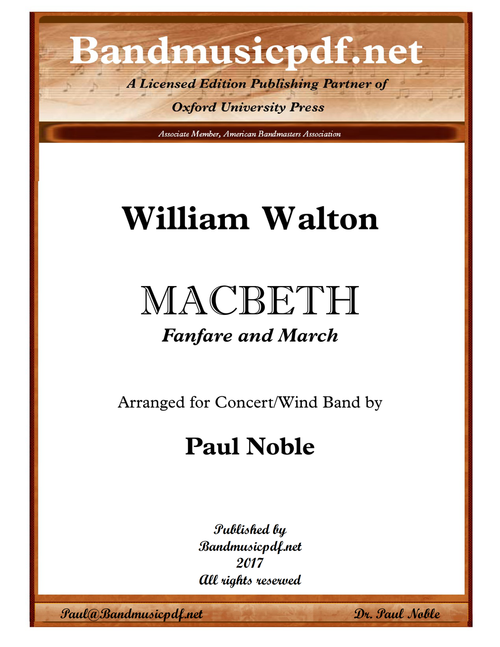 The following program notes are taken from those by Christopher Palmer, the arranger for orchestra from William Walton's incidental music for John Gielgud's production of Macbeth in 1941-42.

"The music was recorded and taken on tour with the production. Up to now it has remained in manuscript and unknown. Although I call this piece 'Fanfare and March' the principal 'march' is in fact the banquet music (with its clever suggestion of bagpipes on the woodwind – hence my ad lib parts for extra flutes and oboes). Walton made several different versions of this for dramatic purposes, and I have pieced some of them together. The central section of 'Trio' is the 'March' ('Show') of the Eight Kings (Act 4, Scene 1) which reveals to Macbeth that Banquo's issue, not his, will rule in Scotland."