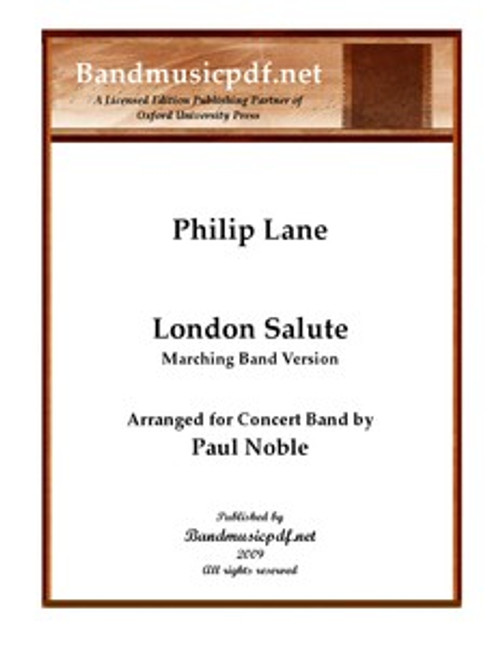 London Salute was written to mark the sixtieth anniversary of the BBC and first performed in a broadcast by the BBC Concert Orchestra. It is a march-like evocation of the capital, very much as an outsider would see it, all hustle and bustle, with ceremonial and tradition around every corner. Whether the concert version or the marching band version, this march is a “must” for every band library! The harp is optional and not necessary for performance.