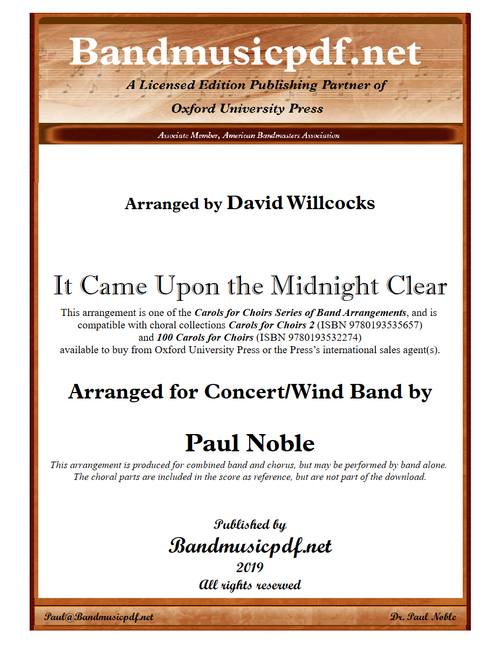 It Came Upon the Midnight Clear (1849), sometimes rendered as "It Came Upon a Midnight Clear", is a poem and Christmas carol
written by Edmund Sears, pastor of the Unitarian Church in Wayland, Massachusetts. Writing during a period of personal melancholy,
and with news of revolution in Europe and the United States' war with Mexico fresh in his mind, Sears portrayed the world as dark, full of
"sin and strife", and not hearing the Christmas message. In Commonwealth countries, the tune called "Noel", which was adapted from an
English melody in 1874 by Arthur Sullivan, is the usual accompaniment. This tune also appears as an alternative in The Hymnal 1982,
the hymnal of the United States Episcopal Church. This arrangement represents one in the Series of Band Arrangements compatible with
David Willcocks' Carols for Choirs.

Love came down at Christmas

To every thing there is a season