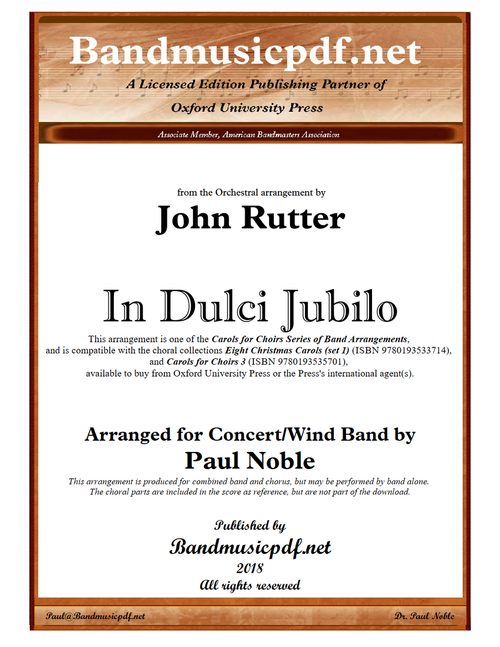 One night in 1328, the German mystic and Dominican monk Henrich Suso (or Seuse) had a vision in which he joined angels dancing as the angels sang to him Nun singet und seid froh or In Dulci Jubilo. In Suso's biography (or perhaps autobiography), it was written:
Now this same angel came up to the Servant [Suso] brightly, and said that God had sent him down to him, to bring him heavenly joys amid his sufferings; adding that he must cast off all his sorrows from his mind and bear them company, and that he must also dance with them in heavenly fashion. Then they drew the Servant by the hand into the dance, and the youth began a joyous song about the infant Jesus, which runs thus: 'In dulci jubilo', etc. In Dulci Jubilo is among the oldest and most famous of the "macaronic" songs, one which combines Latin and a vernacular language such as English or German. Five hundred years later, this carol became the inspiration for the 1853 English paraphrase by John Mason Neale, Good Christian Men, Rejoice. Perhaps the earliest English version appeared c. 1540. That popularity has endured for nearly 700 years. It's the rare contemporary collection of Christmas carols that doesn't contain a carol based on this ancient jewel. Program notes extracted from those appearing in http://www.hymnsandcarolsofchristmas.com/ with thanks.

Joy to the World