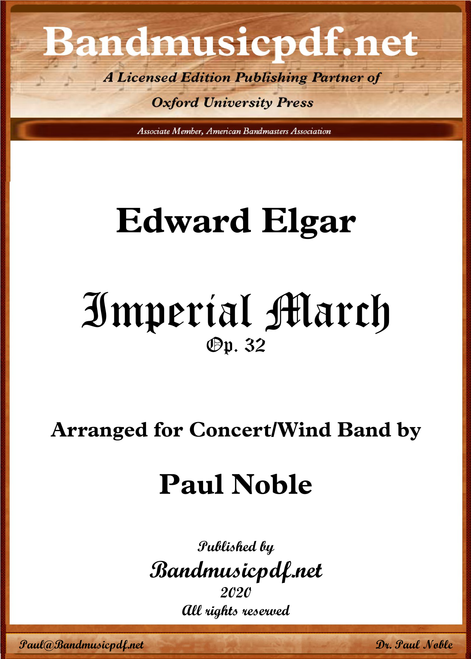 Imperial March was originally written as a piece for full orchestra by the English composer Edward Elgar to celebrate the Diamond Jubilee of Queen Victoria in 1897, as his Op. 32. Elgar composed only three formal marches for ceremonial occasions: the Imperial March, the Coronation March for King George V's Coronation in 1911 and the Empire March for the British Empire Exhibition held at Wembley in 1924. Elgar introduced just the right amount of daring in the march, still staying within the bounds of dignity. The music created a great impression as popular music for the mood of the public at the time, and made his name widely known in London. The music is especially well-suited for the Concert Band instrumentation, and most effective as a ceremonial or grand entry march.

Pomp and Circumstance, March No. 4