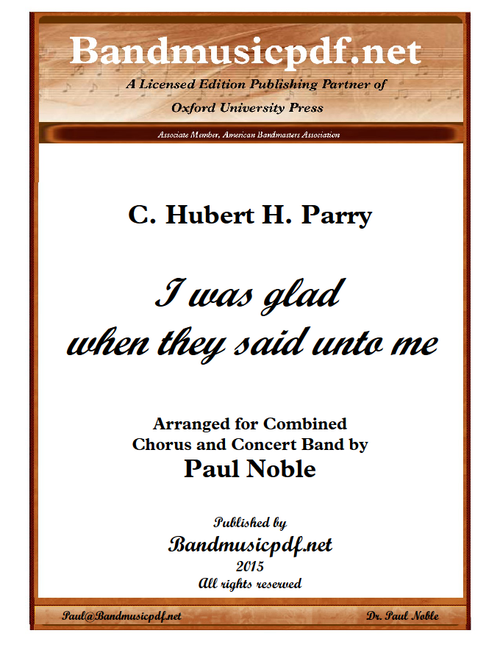 "I was glad" is an introit commonly used in the Anglican Church, and also used as an anthem traditionally sung at the coronation of the British monarch. Its most famous setting was written in 1902 by Sir Hubert Parry. Parry's version was composed for the coronation of King Edward VII in 1902, and revised in 1911 for that of King George V, when the familiar introduction was added. This setting employs antiphonal choir effects and brass fanfares. Apart from the imperial splendour of the music, the chief innovation is the incorporation in the central section of the acclamations "Vivat Rex ... " or "Vivat Regina ... " ("Long live King/Queen ...") with which the King's or Queen's Scholars of Westminster School have traditionally greeted the entrance of the monarch since the coronation of King James II in 1685. This section is generally omitted when the anthem is performed on other occasions. At the last coronation, that of Elizabeth II in 1953, the acclamation took the form of "Vivat Regina Elizabetha". Parry's setting of "I Was Glad" was performed on 29 April 2011 at the Westminster Abbey wedding of Prince William, Duke of Cambridge and Catherine, Duchess of Cambridge (formerly Kate Middleton) as the processional music for the bride and her father and the bridal attendants.[6] It had previously been performed at the wedding of the Duke's parents, Charles, Prince of Wales and Diana, Princess of Wales in 1981.

I wish you Christmas