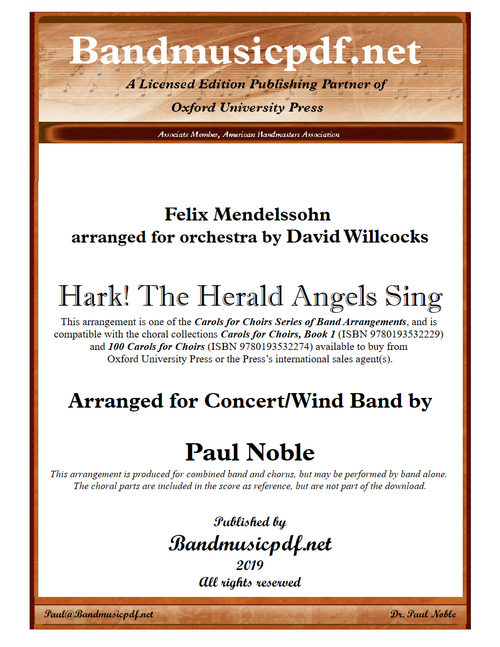 Hark! The Herald Angels Sing is a Christmas carol that first appeared in 1739 in the collection Hymns and Sacred Poems. Its lyrics had been written by Charles Wesley. Inspired by the sounds of London church bells while walking to church on Christmas Day, he wrote the “Hark” poem about a year after his conversion to be read on Christmas Day. The popular version is the result of alterations by various hands, notably by Wesley's co-worker George Whitefield who changed the opening couplet to the familiar one, and by Felix Mendelssohn, whose melody was used for the lyrics. In 1840, a hundred years after the publication of Hymns and Sacred Poems, Mendelssohn composed a cantata to commemorate Johann Gutenberg's invention of movable type printing, and it is music from this cantata, adapted by the English musician William H. Cummings to fit the lyrics of “Hark! The Herald Angels Sing”, that propels the carol known today.