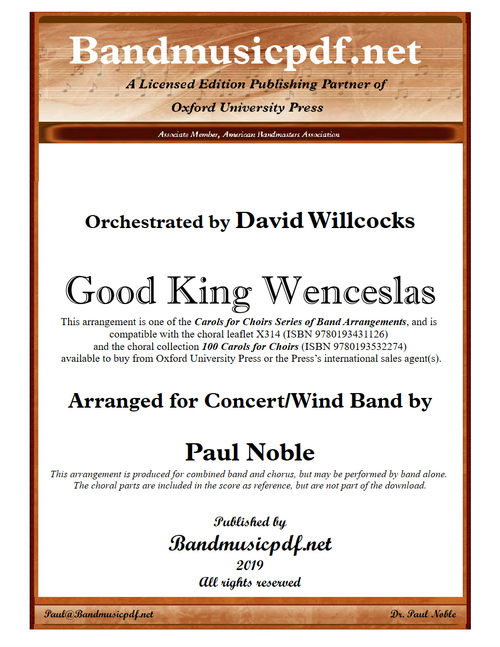 Good King Wenceslas is a Christmas carol that tells a story of a Bohemian king going on a journey and braving harsh winter weather to give alms to a poor peasant on the Feast of Stephen (December 26, the Second Day of Christmas). During the journey, his page is about to give up the struggle against the cold weather, but is enabled to continue by following the king's footprints, step for step, through the deep snow. The legend is based on the life of the historical Saint Wenceslaus I, Duke of Bohemia or Svatý Václav in Czech (907–935). The name Wenceslas is a Latinised version of the old Czech language "Venceslav". In 1853, English hymnwriter John Mason Neale wrote the "Wenceslas" lyrics, in collaboration with his music editor Thomas Helmore, and the carol first appeared in Carols for Christmas-Tide, 1853. Neale's lyrics were set to the melody of a 13th-century spring carol "Tempus adest floridum" ("The time is near for flowering") first published in the 1582 Finnish song collection Piae Cantiones. This arrangement represents one in the Series of Band Arrangements compatible with David Willcocks' Carols for Choirs.

Rejoice, the Lord is King