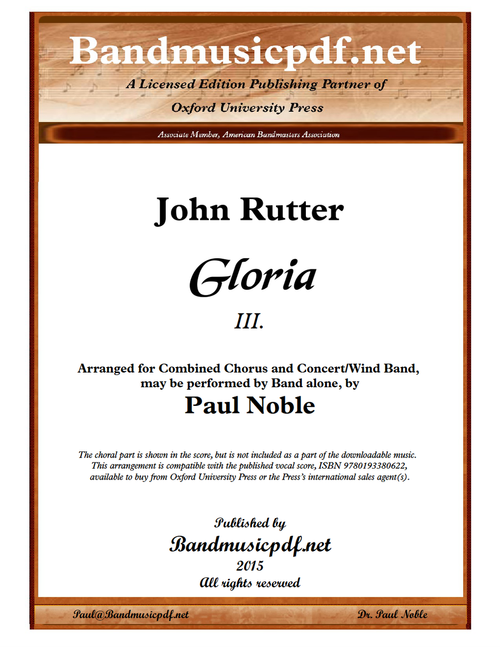 Gloria (a concert work, despite the use of a religious text) in fact marks the occasion of Rutter’s very first US engagement. The words come from the second section (the Hymn of Praise) of the Ordinary of the Mass, which in the liturgy follows the ‘Kyrie’. The familiar opening words are those of the angels proclaiming the birth of Jesus, as found in the second chapter of Luke’s Gospel. Rutter’s setting is based largely on one of the Gregorian chants with which the text is associated. He describes the three movements as ‘… roughly corresponding to traditional symphonic structure’, the mood of the sections being respectively ‘… exalted, devotional and jubilant by turns’. The work lends itself to Concert Band transcription with its Waltonian punch in the outer movements and yet also for a hauntingly ethereal middle section.

The Gift of Life 3. Hymn to the Creator of Light