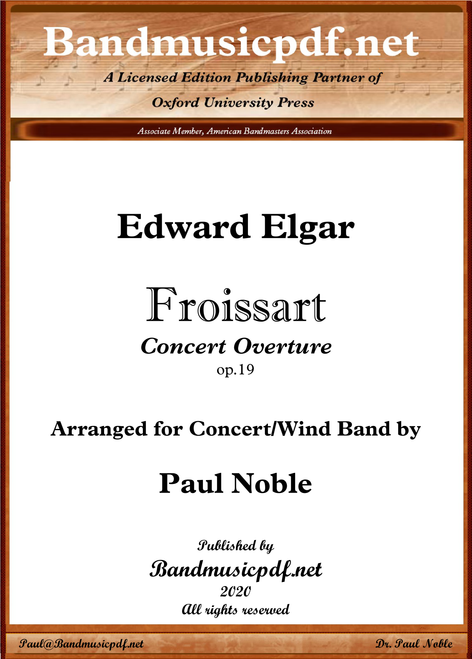 Froissart, Op. 19, is a concert overture by Edward Elgar, inspired by the 14th-century Chronicles of Jean Froissart. Elgar was first attracted to the Chronicles after finding mention of them in Walter Scott's Old Mortality. Jean Froissart (c. 1337 – c. 1405), often referred to in English as John Froissart, was a medieval French chronicle writer. For centuries, Froissart's Chronicles have been recognized as the chief expression of the chivalric revival of the 14th century Kingdom of England and France. The motto written by Elgar on the manuscript score is a quotation from an 1817 poem by Keats: 'When Chivalry lifted up her lance on high.' Froissart is not a programmatic work: unlike the later Falstaff or even Cockaigne it does not tell a detailed story; it evokes a mood and manner in broad terms. The drama of the dynamics enhances the haunting melodies that identify Elgar's compositions.

Home is a Special Kind of Feeling