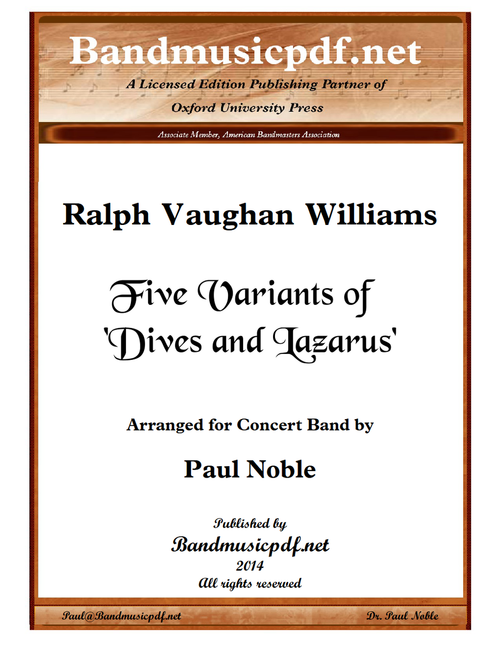 Five Variants of Dives and Lazarus is a Concert Band arrangement from the original work for string orchestra and harp by Ralph Vaughan Williams. The composition is based on the folk tune "Dives and Lazarus", one of the folk songs quoted in Vaughan Williams' English Folk Song Suite. The ancient theme on which these variations are based goes back to the sixteenth century, and is known by various titles. Dives and Lazarus is a story told by Jesus in the Gospel of Luke. It tells of an unnamed rich man and a poor beggar named Lazarus. In the Latin Bible, the unnamed rich man is referred to as Dives from dives, the Latin word for rich. This work, based on the tune that Vaughan Williams had loved all his life, which came from the very soil of England, ageless and anonymous, was played at the composer’s funeral service in Westminster Abbey on 19th September 1958.