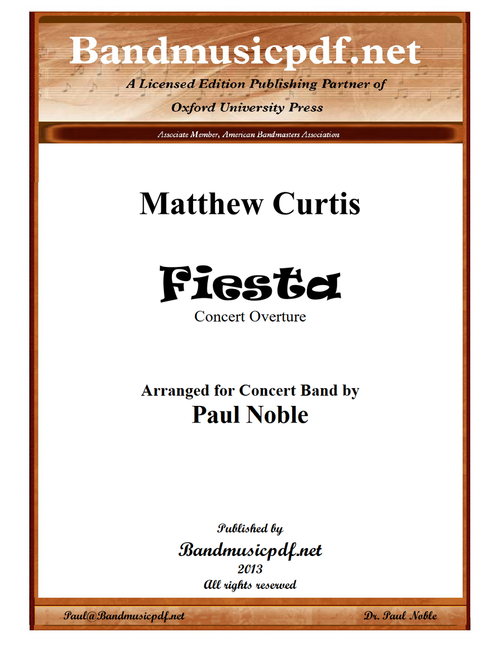 "Despite its Spanish title, the concert overture "Fiesta" is really Italian, recalling a festival that I saw several times as a child in the late 1960s while holidaying in a village at the southern tip of the bay of Naples. The date is August 15, the occasion the feast of the Assumption of the Virgin Mary, celebrated with colourful processions and ritual (some, one imagines, pre-Christian in origin), all rounded off with brass bands and home-made fireworks." Matthew Curtis.

"Fiesta" was originally written for the orchestra of St. Paul's School in London, It has had performances in London's Queen Elizabeth Hall and the Royal Festival Hall where it opened a live broadcast concert in the BBC's International Festival of Light Music, and has made intermittent appearances on the radio ever since. This arrangement for Wind Band will make an excellent festival opener for accomplished bands and is a sure crowd pleaser with its dynamic flare and energy.

Feel the Spirit - I got a robe