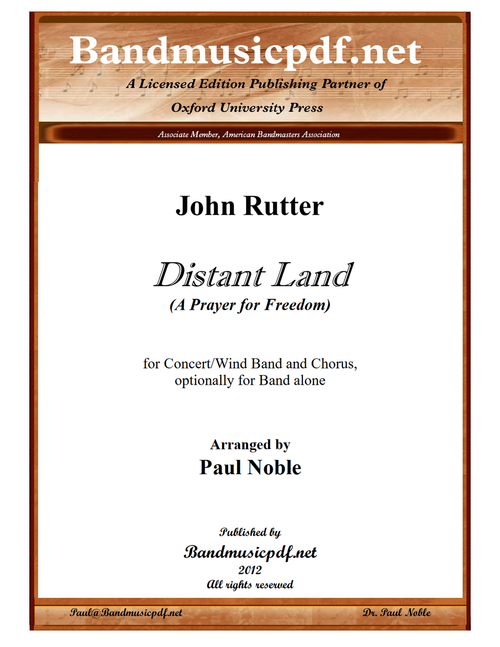 “Distant Land" was written in 1991, inspired by the release of Nelson Mandela from prison. It was originally written as a choral piece, and later scored by Rutter as an orchestral version. This arrangement is written as a piece for combined Wind Band and Chorus. The choral part is shown in the score, but is not included as a part of the downloadable music. This arrangement is compatible with the published vocal score, available to purchase from Oxford University Press or their affiliates. When performing as a piece for Wind Band alone, the instrumentalists should play all their parts, including the cue size notes.

Night Flight, from Legend of the Lake