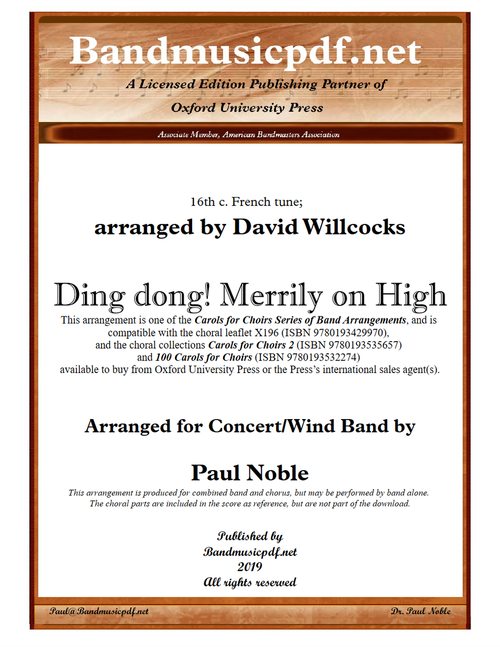 Ring in the holidays with this famous Christmas carol, Ding dong! Merrily on High. The tune first appeared as a French dance in the 1500s. The lyrics were written by George Ratcliffe Woodward and published in 1924 in The Cambridge Carol-Book. More recently, Sir David Willcocks made an arrangement for the second book of Carols for Choirs, on which this arrangement for Concert/Wind Band is based. His original arrangement was in the key of B major, which has been modified to B-flat major to better accommodate the instruments of the band. This represents one of the Series of Band Arrangements compatible with David Willcocks' Carols for Choirs.