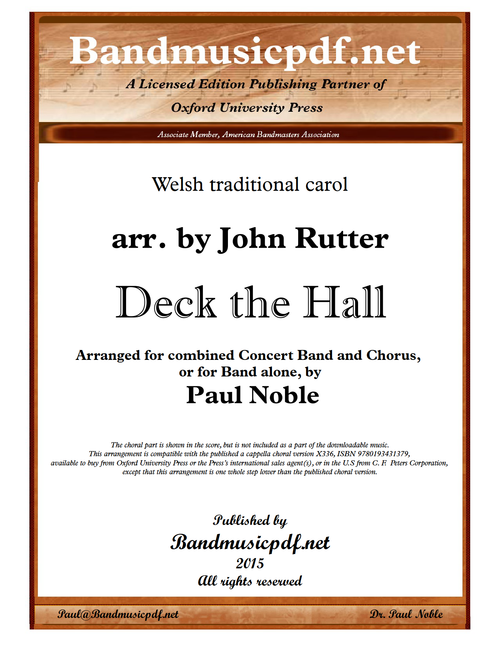 John Rutter has created a delightful rendition of this notable carol, originally published as an a cappella choral piece, to which this equally delightful adaptation has been made for combined Concert Band and Chorus, or for band alone. The choral part is shown in the score, but is not included as a part of the downloadable music. This arrangement is compatible with the published a cappella choral version X336, ISBN 9780193431379, available to buy from Oxford University Press or the Press’s international sales agent(s), or in the U.S from C. F. Peters Corporation, except that this arrangement is one whole step lower than the published choral version.