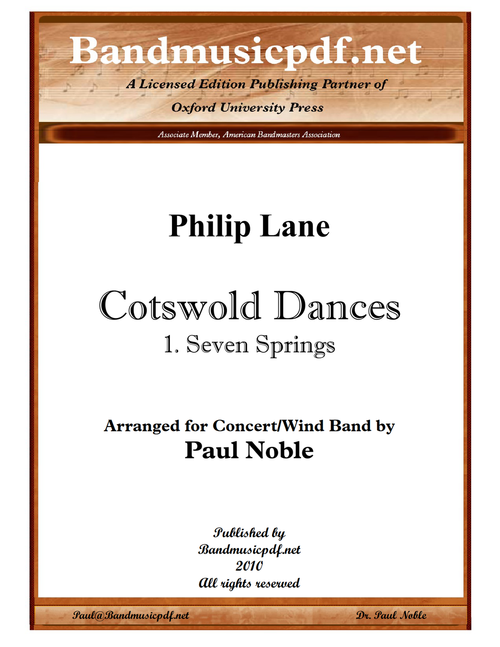 The program notes are included for each of the five movements:

1.The first movement refers to the source of the River Thames, with its rippling accompaniment figures.

2.Badminton House is a picture of the world-famous Horse Trials, with an archaic touch here and there to point to the House itself.

3. Pittville Park is the largest open space in Cheltenham, England, with Gustav Holst’s birthplace at one end and the famous Pump Room at the other. The composer remembers childhood walks there and varying degrees of catching newts and the like in the central lake.

4. Cleeve Hill is the highest point in the Cotswold chain, just reaching a thousand feet above sea level at one point, making it, officially, a mountain, albeit a gentle one. Nevertheless, the extremes of weather through the seasons are reflected here, with an ominous note or two suggesting Belas Knap, an ancient burial ground sited nearby.

5. The final movement takes the traditional Gloucestershire wassail song, heard at Christmas, and manipulates it through any number of filters and distortions.

(NOTE: Some harp parts are doubled, some are more essential. If no harp, the part can be played either by electronic keyboard or piano.)