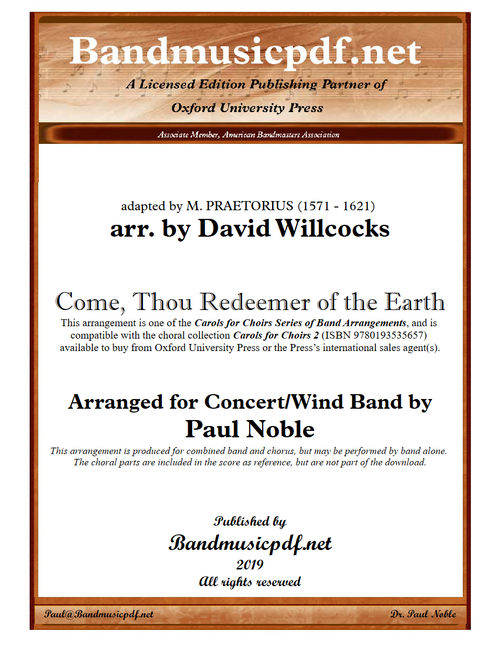 Paul Noble - Bandmusicpdf.net · Come, thou redeemer of the earth

Come, Thou Redeemer of the Earth is an Advent hymn with roots in a Latin hymn attributed to St. Ambrose of Milan (340 - 397), 'Veni Redemptor gentium.' It was translated into English by John Mason Neale in the middle of the nineteenth century and set to music from another old Latin hymn, 'Puer nobis nascitur' in the 17th century by Michael Praetorius (1571 - 1621). This arrangement represents one in the Series of Band Arrangements compatible with David Willcocks' Carols for Choirs. With eight verses (two of which may be omitted), it offers versatility in scoring, allowing the conductor to select the instrumental grouping for accompaniment as desired.