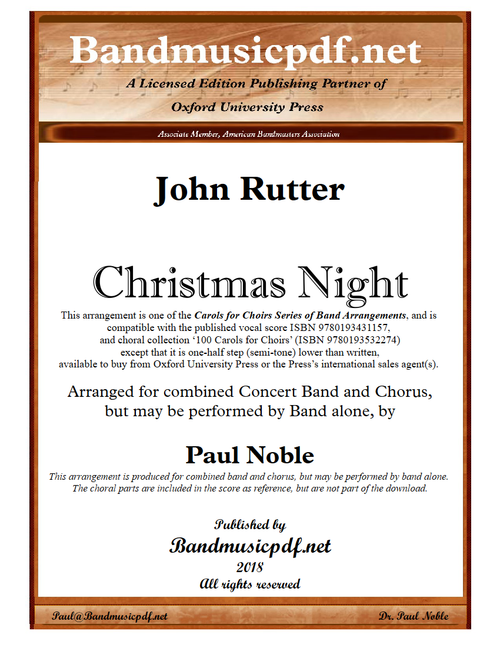 Christmas Night is John Rutter’s setting of a traditional French Carol, with words by John Rutter. It became the theme of one of his Christmas albums, focusing on the central event of the Christmas story – the birth at Bethlehem – and on the characters in that story: the angels, the shepherds, the wise men, and the mother with her child. This arrangement is written for combined Concert Band and Chorus, but may be performed by Band alone. The arrangement is technically very easy, and is a showpiece of the colours and textures of the families of band instruments.

Now thank we all our God

Down by the riverside