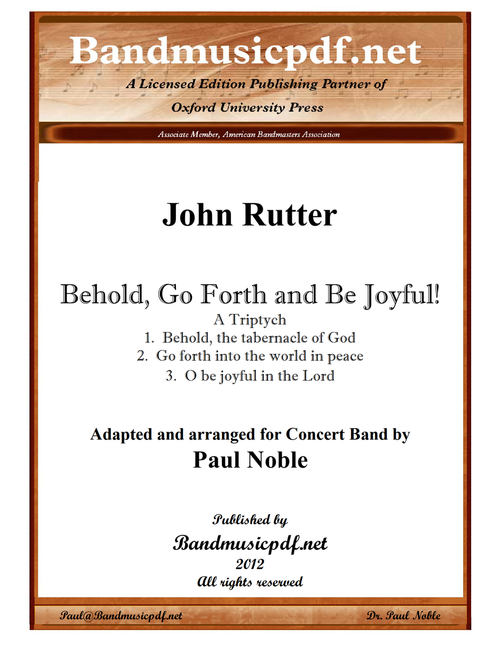 These three separate compositions have been adapted into one suite. The first movement, "Behold, the tabernacle of God", is to be performed with the trumpets and trombones placed in the rear or balcony of the concert hall. The effect is to surround the audience with antiphonal sound, thereby, in effect, placing them "in the tabernacle of God". The arrangement is adapted from the original scoring for orchestra and chorus. The choral parts are played by the trumpets and trombones.

The second movement, "Go forth into the world in peace", is scored for woodwinds, horns, euphonium, tuba, and string bass, in keeping with the original scoring for chorus with strings alone.

For the third movement, "O be joyful in the Lord", the conductor may determine the placement of the trumpets and trombones, either leaving them in the antiphonal setting, or returning them to the stage.