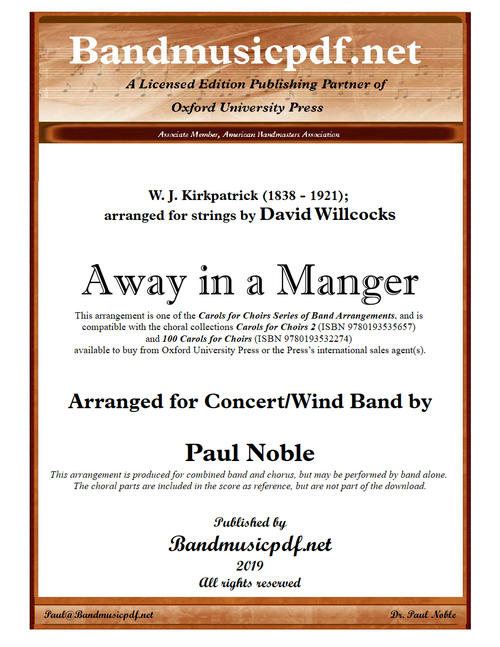 Paul Noble - Bandmusicpdf.net · Away in a Manger

Away in a Manger is a Christmas carol first published in the late nineteenth century and used widely throughout the English-speaking world. In Britain, it is one of the most popular carols; a 1996 Gallup Poll ranked it joint second. Although it was long claimed to be the work of German religious reformer Martin Luther, the carol is now thought to be wholly American in origin. This arrangement represents one in the Series of Band Arrangements compatible with David Willcocks' Carols for Choirs.