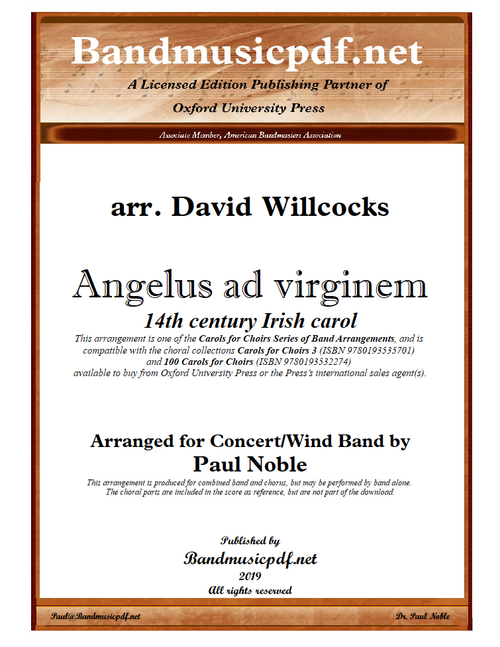 Angelus ad Virginem (or its English title, Gabriel, From Heven King Was To The Maide Sende) was a popular medieval carol,whose text is a poetic version of the Hail Mary and the Annunciation to the Virgin Mary. Probably Franciscan in origin, it was brought to Britain by French friars in the 13th century. It is said to have originally consisted of 27 stanzas, with each following stanza beginning with the consecutive letter of the alphabet.

Surviving manuscripts may be found in a c. 1361 Dublin Troper (a music book for use at Mass) and a 13th or 14th century vellum Sequentiale that may have been connected with the Church of Addle, Yorkshire. Its lyrics also appear in the works of John Audelay (perhaps a priest, he definitely spent the last years of his life at Haughmond Abbey, where he wrote for the monks), in a group of four Marian poems.