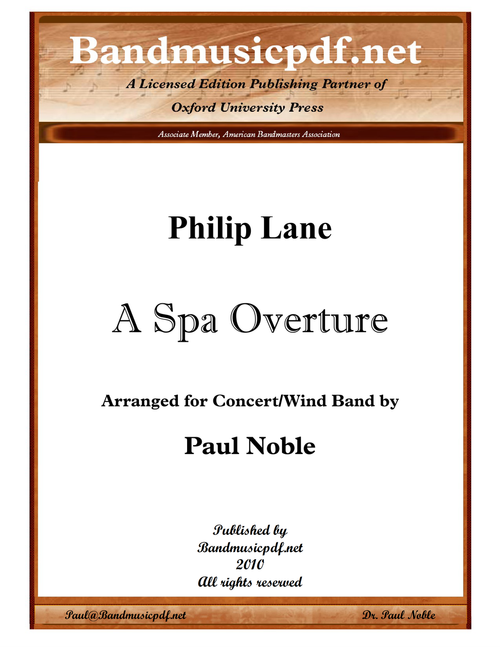 The "Spa" of the title relates to Cheltenham, England and seeks to evoke both its peaceful and bustling character, creating a montage of streets, parks and overall atmosphere, with a central section suggesting the Antarctic explorer, Edward Wilson, a fellow Cheltonian whose statue looks out upon the town's major boulevard, the Promenade.